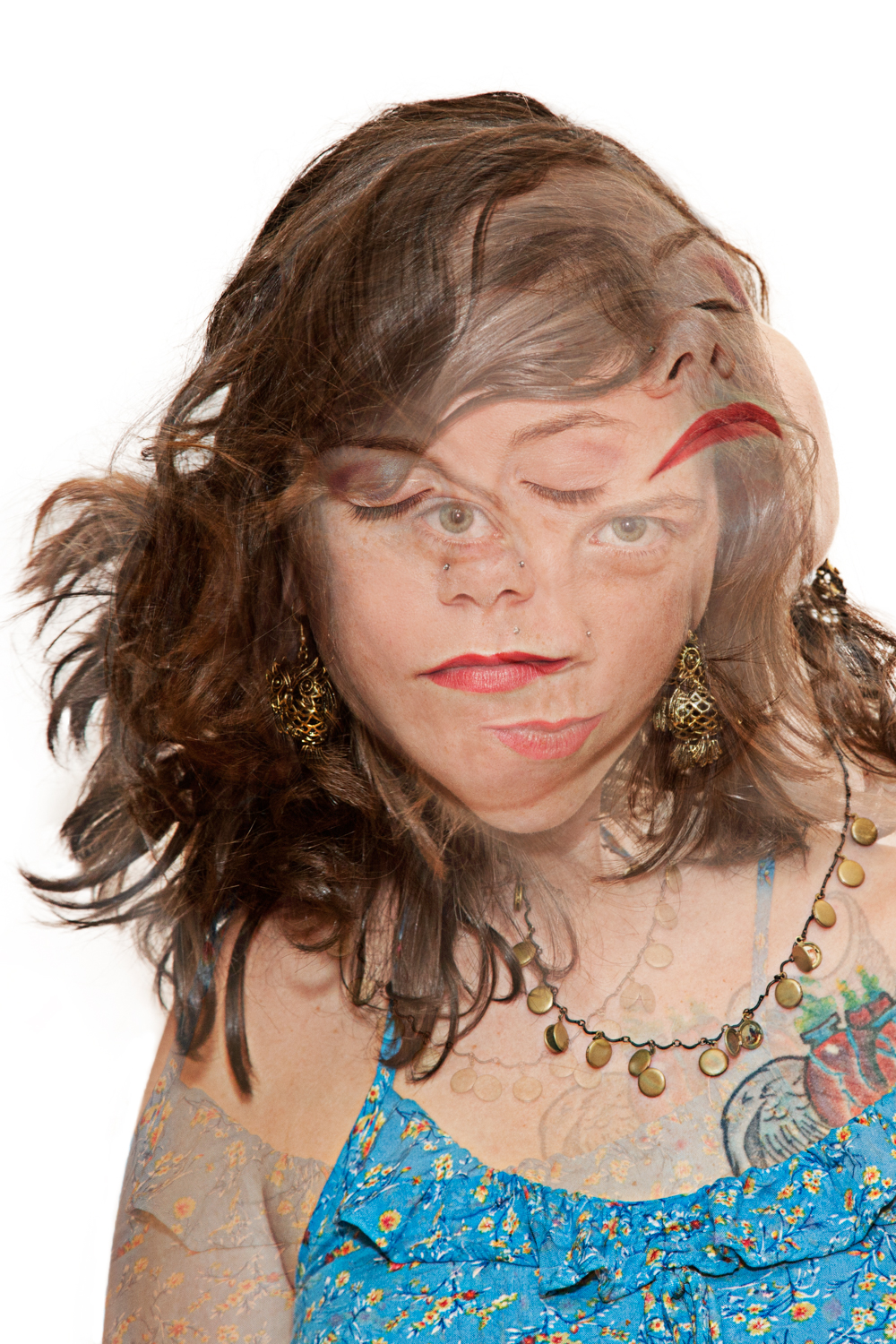 “Moving objects constantly multiply themselves; their form changes like rapid vibrations, in their mad career.”

The concept for my Multi-Portraits sprang from a lack of fulfillment with the “straight” portrait; trying to capture the essence of a human being with a single frozen moment.  For this series, three to four photographs of each sitter were digitally blended together to produce the final image.  I utilized a method in which I could digitally build a portrait, rather than “take” the one that was presented to me.  The straight photographs simply served as the raw materials for the resulting abstracted, frankensteinian creations.